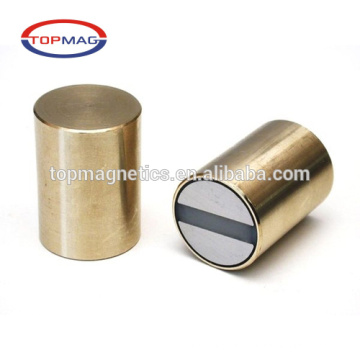 The strength of neodymium magnets is due to several factors. The most important is that the tetragonal Nd2Fe14B crystal structure has exceptionally high uniaxial magnetocrystalline anisotropy (HA ~7 T – magnetic field strength H in units of A/m versus magnetic moment in A·m2).This means a crystal of the material preferentially magnetizes along a specific crystal axis, but is very difficult to magnetize in other directions. Like other magnets, the neodymium magnet alloy is composed of microcrystalline grains which are aligned in a powerful magnetic field during manufacture so their magnetic axes all point in the same direction. The resistance of the crystal lattice to turning its direction of magnetization gives the compound a very high coercivity, or resistance to being demagnetized. 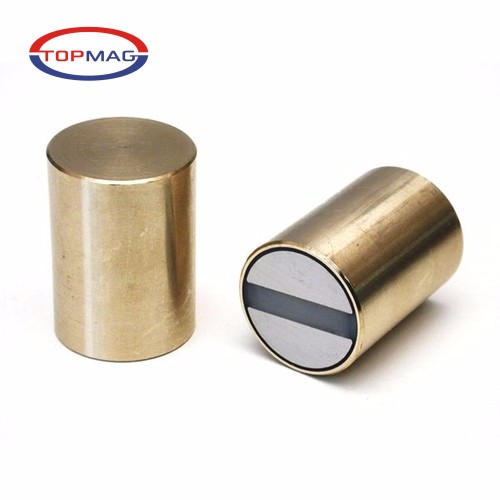 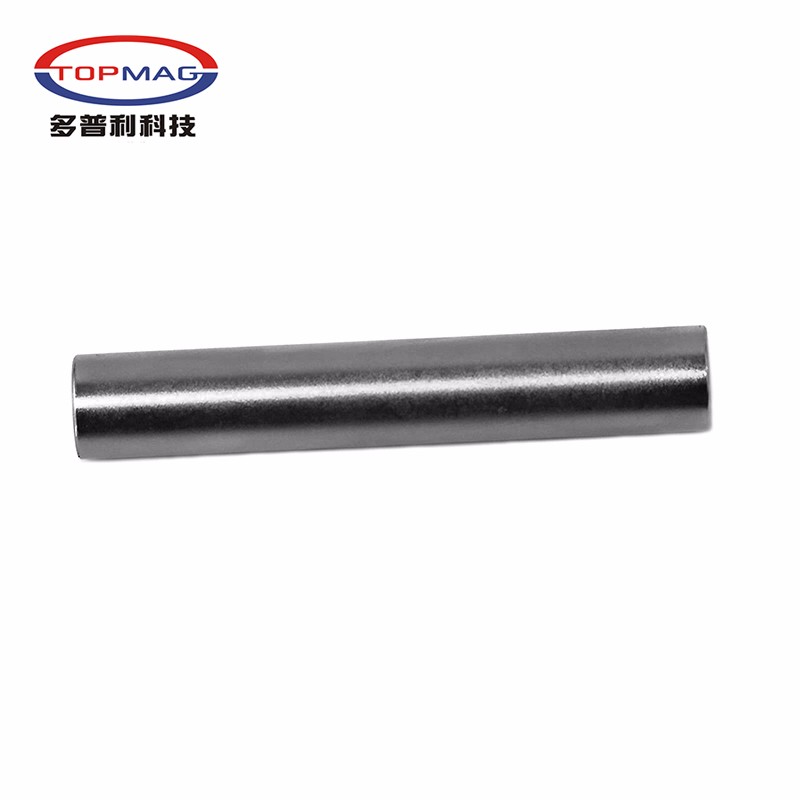 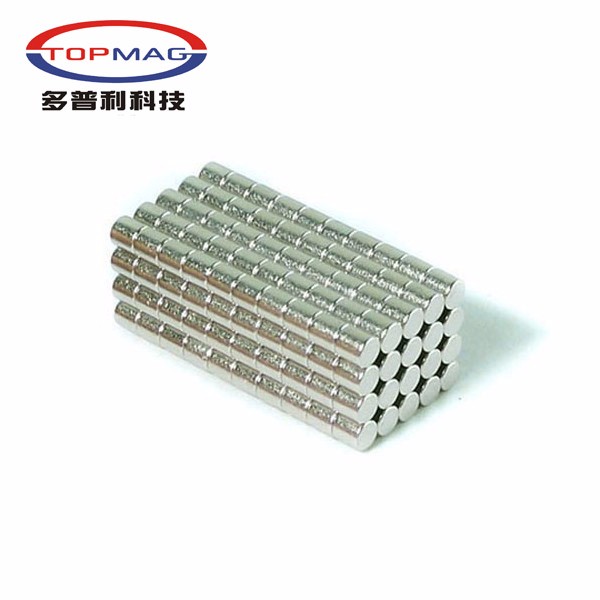 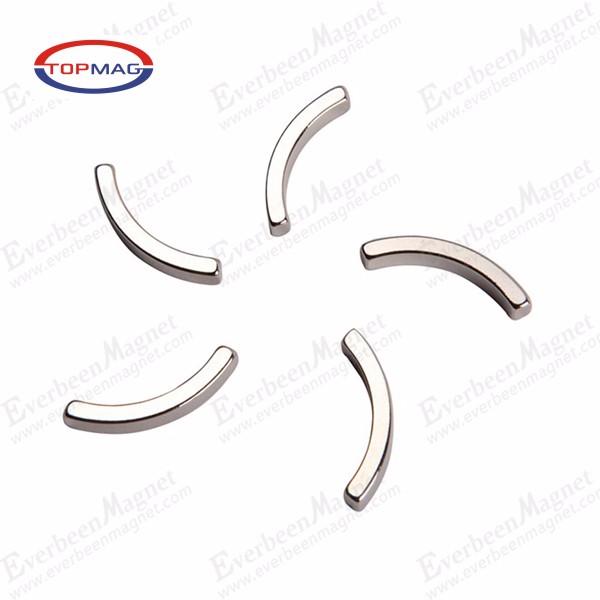 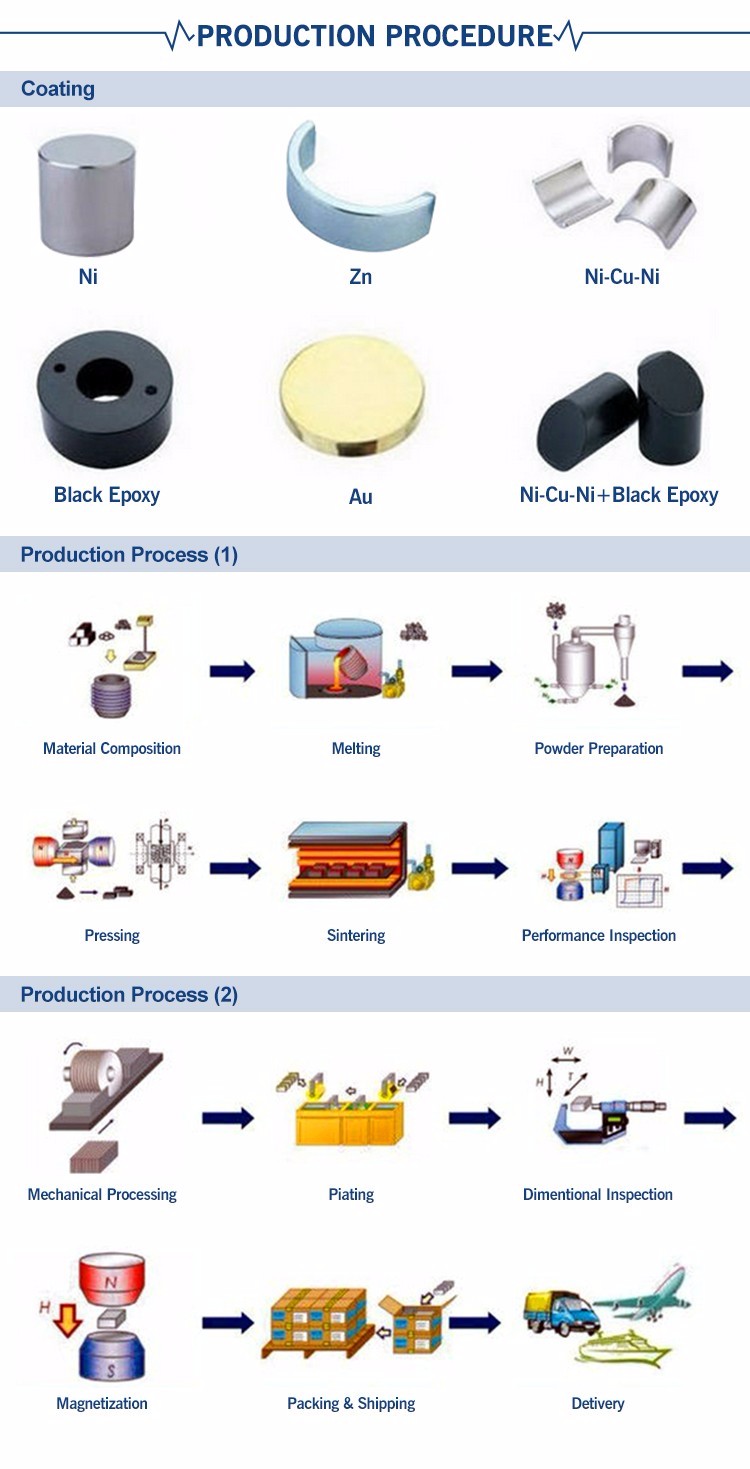 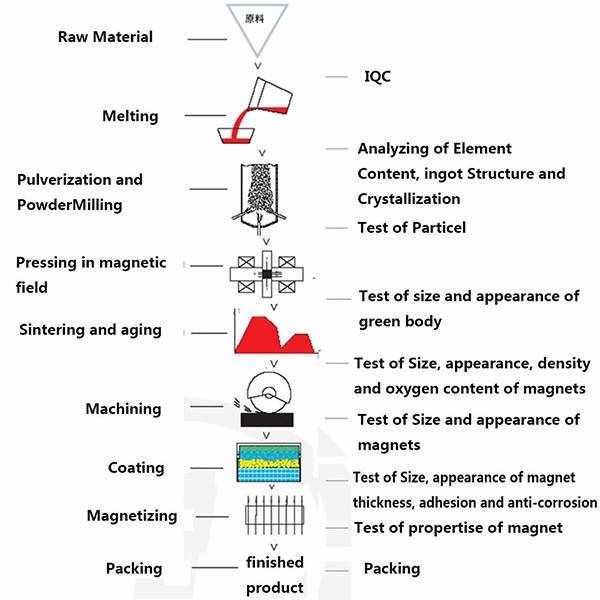 Factory Our factory are located in Ma' anshan city,where is only 40 minutes' drive away from Nanjing.The flexibility of our organization and magnagement,high efficiency of cost control and advanced standard of quality assurance, have earned us strong partnership with several high-tech enterprises,with whom we work together in magnets reserarch and application.
High performance ferrite powder segment magnet in the fied of the auto cars and inverter appliances series ,motor startors,have reached the performance of FB6, FB9 series of TDK in Japan. 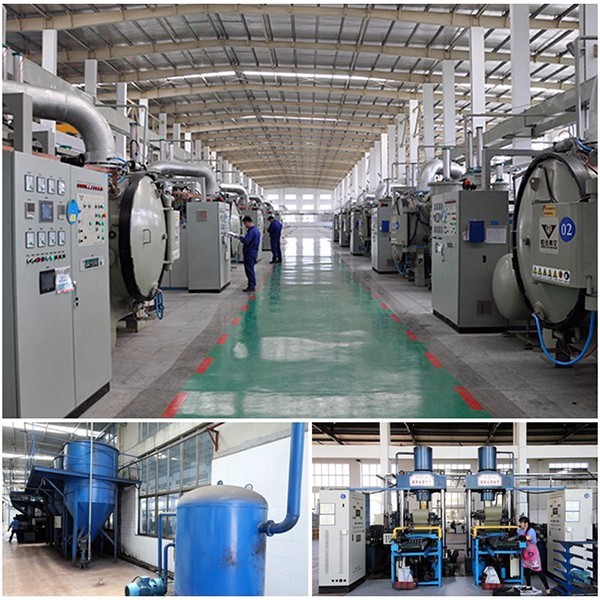 Sintered Nd-magnets are prepared by the raw materials being melted in a furnace, cast into a mold and cooled to form ingots. The ingots are pulverized and milled; the powder is then sintered into dense blocks. The blocks are then heat-treated, cut to shape, surface treated and magnetized.

In 2015, Nitto Denko Corporation of Japan announced their development of a new method of sintering neodymium magnet material. The method exploits an "organic/inorganic hybrid technology" to form a clay-like mixture that can be fashioned into various shapes for sintering. Most importantly, it is said to be possible to control a non-uniform orientation of the magnetic field in the sintered material to locally concentrate the field to, e.g., improve the performance of electric motors. Mass production is planned for 2017.

As of 2012, 50,000 tons of neodymium magnets are produced officially each year in China, and 80,000 tons in a "company-by-company" build-up done in 2013.China produces more than 95% of rare earth elements, and produces about 76% of the world's total rare-earth magnets.

Bonded Nd-magnets are prepared by melt spinning a thin ribbon of the NdFeB alloy. The ribbon contains randomly oriented Nd2Fe14B nano-scale grains. This ribbon is then pulverized into particles, mixed with a polymer, and either compression- or injection-molded into bonded magnets. Bonded magnets offer less flux intensity than sintered magnets, but can be net-shape formed into intricately shaped parts, as is typical with Halbach arrays or arcs, trapezoids and other shapes and assemblies (e.g. Pot Magnets, Separator Grids, etc.)[not in citation given] There are approximately 5,500 tons of Neo bonded magnets produced each year.[when?][citation needed] In addition, it is possible to hot-press the melt spun nanocrystalline particles into fully dense isotropic magnets, and then upset-forge or back-extrude these into high-energy anisotropic magnets. 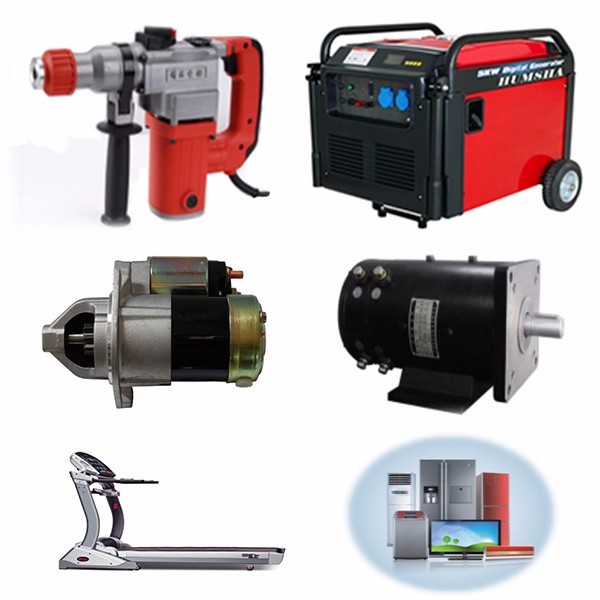